Writing this article almost feels like writing a public service announcement. When I learned about what I am about to share with you, it felt like I had found the missing link to the puzzle that I had been trying to solve for a very, very long time.

If you’ve been managing any kind of chronic condition (chronic is anything longer than 6 consecutive months) then learning about biofilm is going to be an immensely important concept to grasp.

Doing so may require a huge shift in your perspective. So please bear this in mind as you read along.

Biofilm is more likely than not the reason why so many chronic health conditions never seem to go away.

Fact 1: We Are Actually More Microbe than Human 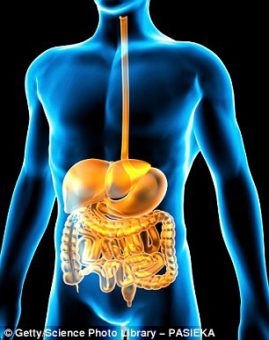 Now most of this bacteria is harmless or commensal, and actually we depend on them for our survival just as much as they depend upon us. Generally this relationship is either commensal (neither harmful nor beneficial) or symbiotic (mutually beneficial).

Fact 2: They Can Harm Us When they Begin to Overpopulate

There are so many different varieties of bacterial species peacefully co-existing with us that even the pathogenic species usually pose no real threat. Just as in nature, there is strength in diversity and the microbiome is no different.

However, what can happen is one or more types of pathogenic species can 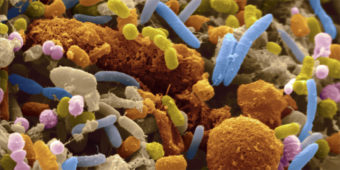 begin to dominate the microbiome and this is where problems can begin to manifest for the host. This is referred to as dysbiosis.

There are many different ways that dysbiosis can happen, however, the most common are: Overuse of antibiotics which can wipe out the friendly bacterial colonies, eating a poor diet of sugar and processed/refined foods & going through a major trauma or stressful even in one’s life.

Fact #3: These Bacteria Can Secrete Harmful Toxins – Endotoxin and Exotoxins 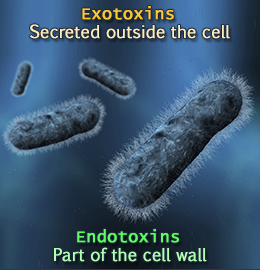 Bacteria need food to survive. In order to do this, the bacteria excrete enzymes and exotoxins into the surrounding environment. These exotoxins will break down tissue which then make it possible for the bacteria to absorb and digest fat, proteins and carbohydrates.

Exotoxins usually have a local effect, but some toxins are extremely powerful and can be spread to the whole host body system.

In small amounts, the body can handle these toxins without a problem. But in an overpopulated system, there reaches a critical mass and once these toxins are allowed to enter the bloodstream, neurological symptoms can begin to develop.

Endotoxins – Endotoxins are often found in parts of the cell walls of bacteria and poisonous substances can be released when the bacteria disintegrate. If an object coated with a large mass of endotoxin-containing bacteria is sterilized, the sterilization processes can actually result in the release of endotoxins!

If there is a major release of these toxins all at once, the body can have a difficult time processing this onslaught and often, one can feel like they have the cold or flu while this is happening. This is often what’s referred to as the Herxheimer or die-off reaction.

These bacteria can communicate with each other using a most fascinating and elegant mechanism known as Quorum Sensing.

They produce compounds that act as ‘text’ messages which communicate things like their population size, if they’re ready to reproduce as well as their whereabouts.

Not only that, but they can signal to each other various threats perceived and where as well as allow them the ability to alter their genes accordingly for adaptation and survival.

They use biofilm as their ‘cellular’ network to pass these messages along to each other. They also use this biofilm to keep themselves protected from outside threats.

Fact #5: These Bacteria Have a Genius Defense Mechanism

I’m going to go out on a limb here and say that biofilms are among the most effective and intelligent protection mechanisms that life has ever devised. Of course, they’ve had about 3.5 billion years to evolve! Now compare that to humanity only being around for a mere 6 million years.

It’s also been documented that bacteria protected within biofilms are up to 1,000 times more resistant to antibiotics than if they were free-floating.[1] 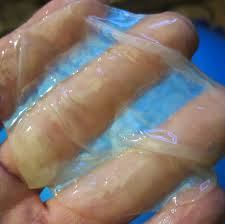 A biofilm is a slimy, impenetrable barrier or matrix mostly made up of protein and polysaccharides (sugars) which microbial colonies create in order to protect themselves in a threatening environment. Biofilms are not limited to bacteria as yeast and other microbial species create biofilms as well.

However, for the purposes of this article, we are speaking directly about bacterial biofilms. Once they begin to form, they adhere to surfaces like crazy glue and become almost impossible to penetrate.

You probably have experienced a biofilm first hand. The cavity causing bacteria that live in our mouth create biofilms. Perhaps you’ve felt the slimy feeling running your tongue across your teeth if you haven’t brushed in a while. Or if you’ve ever seen a clogged sink drain or Jacuzzi drain? Or even the slimy surfaces of the Jacuzzi?

These are all places where bacterial biofilms form and cause problems.

When they form in your gut and other bodily systems, they allow various colonies of bacteria to proliferate while keeping them safe from your immune system and microbial agents.

As I mentioned before, bacteria use this biofilm to protect themselves from our immune system, but it’s also used as an intricate communication system to relay important messages about colonizing, etc.

Biofilm Can Host Many Different Species of Microbes

The biofilm layer is non-discriminatory and underneath its layer are all kinds of microbial species including bacteria, yeasts and molds. It also is a collector of heavy metals and other toxins that end up getting trapped within its slimy matrix.

Biofilm is notorious in the medical field for being difficult to deal with as it forms on bodily implant devices such as catheters, pacemakers and even breast implants.

Many people who have had medical implants have found that their health slowly and mysteriously began to diminish following their procedure. Although it hasn’t been proven, there are many who are convinced that biofilms may have a role in their reduction in health.

What Can Be Done?

There are in fact, a number of things that can help dissolve biofilm you can expose the pathogenic overgrowth happening beneath them.

The author has personally tried a few unorthodox methods with varying degrees of success, with the safest and most effective result being proteolytic enzymes.

These enzymes are very effective at degrading the protein structures of the biofilm. In fact, our body already creates these enzymes. However, dissolving biofilm is a fairly large job and it requires a lot more enzymes than our body normally produces.

Along with proteolytic enzymes, dissolving biofilm also requires the use of a few other compounds such as cellulase and hemicellulase which will assist in the breakdown of the polysaccharide element of biofilm.

When dissolving biofilm, it is also helpful to utilize elements that address the potential Herxheimer reaction that can happen. When biofilm is dissolved, it can release endotoxins which make up the cell membranes of bacteria as well as metals, which are required for biofilm formation, to be released into the body and overburdening your detox channels.

One of the elements which can help bind with these metals is ethylenediaminetetraacetic acid (EDTA), which is a compound that binds with the metals needed for biofilm formation.

Another compound which can help lessen the Herxheimer reaction is activated charcoal. Charcoal has the ability to bind with and absorb toxins that are being released so that they can safely exit the body through the stool.

However, you will want to avoid taking charcoal with your supplements as it can have the same effect and absorb these beneficial effects of your supplements potentially causing them to be useless.

Lastly, making sure to colonize the gut with friendly bacteria is critical as they can help act as the garbage collectors, making things 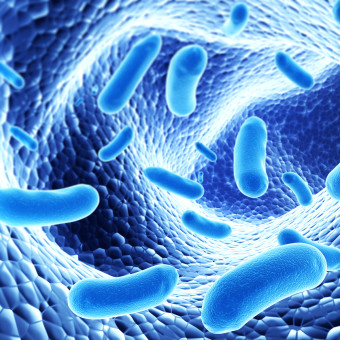 a bit easier to manage. The most potent probiotics we’ve used hands down are the soil-based probiotics.

These are also known as spore-forming and have the ability to withstand extreme temperatures and hostile environments including  bile and stomach acid in the stomach before reaching the intestine.

They only ‘awaken’ from their spore state once they reach a favorable environment with the right pH which is in the intestinal tract.

If you would like a condensed, 5-page summary of how we eliminated our battles with chronic illness, you can download the FREE, 5-page ‘Action Plan which outlines the 3 phases that we followed to have lasting success.

Simply visit www.Restore3.com/Stop-Fibromyalgia and you can download it instantly to your computer.

To learn more about The Restore 3 Program you can visit: www.restore3.com/biofilms-fibromyalgia-connection/

"How I Got My
Health Back."